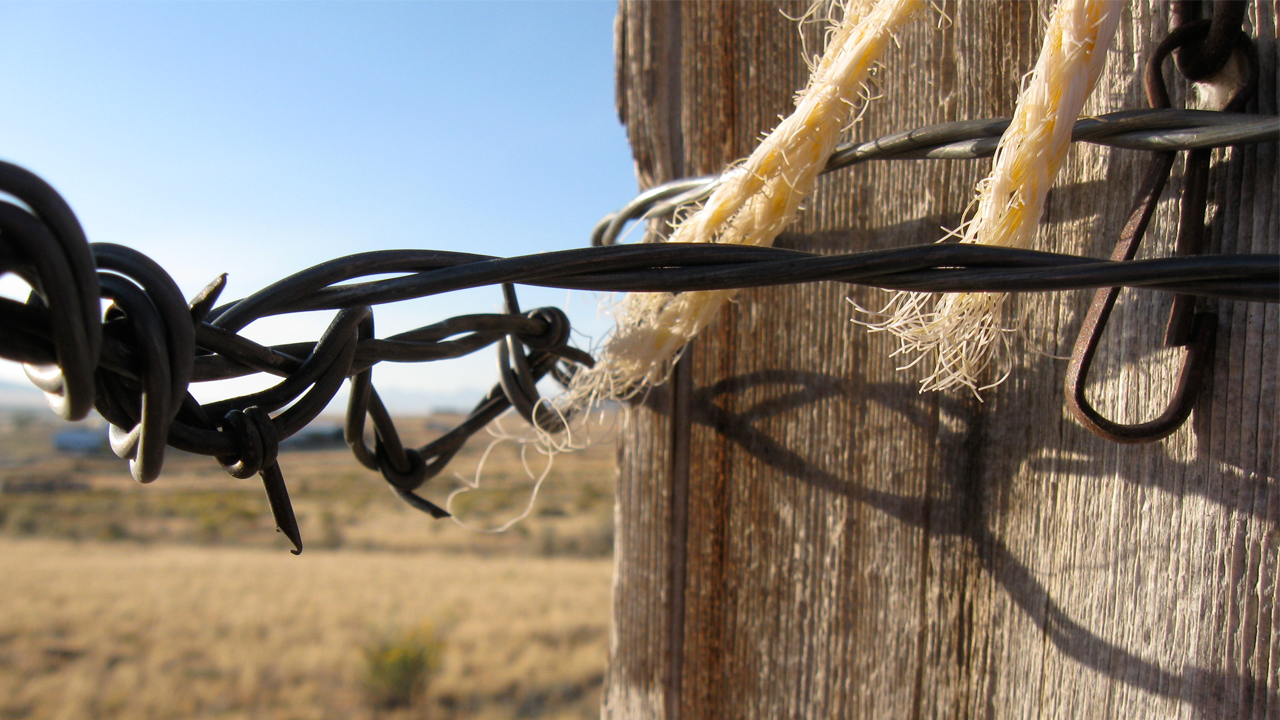 Meet some of Wyoming's ranch workers

What is the modern day job description of a cowboy, why do ag laborers do what they do, and what really happens meanwhile back at the ranch? With Labor Day approaching, the Wyoming Beef Council coerced conversation from a few of the hard working folks who spend their days (and nights) working on farms and ranches to bring tasty, nutritious food to our tables.

We caught up with Cody Vaughn on the seat of a tractor “knocking down hay.” He spends his summers on a farm in upstate New York, his fall processing fish at a cannery in Alaska, and his winters helping cows calve on a ranch in Wyoming. Cody says he works in agriculture because it cultivates a universal skill set that is widespread in its usefulness and doesn’t have a large learning curve.  “I’ve worked some jobs that felt like a waste of my time and my employers money, but agriculture is rewarding. It’s keeps you down to earth and gives you a purpose,” says Cody.  Not that it’s always the cleanest of jobs… “Sometimes, when you’re literally covered in muck from the cow you are helping, you realize there is no amount of money that justifies the situation!” And yet, Cody thinks he just might make it to Wyoming to help with fall harvest before heading to Alaska this year.

Chad Derstine lives and works on a farm/ranch that straddles the Nebraska Wyoming border.  He and his wife, Monica, are expecting their first child in October and Chad looks forward to being able to take his family “out in creation” with him as he works. “I’ve been offered other jobs, but I love working with cattle,” says Chad.  “You can’t quit in the middle of working cattle and come back the next morning, so just double the time you think the job will take, be flexible, and keep going until it’s done.” These are lessons he looks forward to teaching his children.  And, he says, the reality that as a cowboy, “Mother Nature gives you your days off.”

When we spoke with Anthony Stitt, he was getting ready to harvest potatoes in North Dakota.  Anthony has worked on ag operations from Wyoming to New Zealand, and reports the dirtiest job so far was, “Gooping out windmill tanks for cattle in Nebraska.” Anthony likes the seasonal aspect of ag work.  “In the past few years I’ve helped with harvest somewhere and then traveled to Europe, Thailand, New Zealand, and Australia.” For now, though, he spends 14-15 hours per day running large harvesting equipment.  After the potatoes they’ll turn their attention to black beans.

University of Wyoming student Dynna Crawford is just coming off a summer of sunup to sundown work on a Wyoming farm. Her family works in the logging industry in northern California, so she’s no stranger to hard work.  A few times this summer her day began in the hay field at 6:00 a.m., and didn’t end until she was finished planting beans at 3:00 a.m.  Then, it was up at 6:00 again… “There were times I was exhausted from no sleep and covered in grease from ‘mechanicing,’ but I love the outdoors and I like to feel productive,” says Dynna. Her major is ag business.

Josh Koenigshof has worked in agriculture in Wyoming for over 15 years.  His primary duties include machinery maintenance and agronomy.  He evaluates the crops by collecting soil samples, tissue tests, and judging the overall health of plants and crops as they grow. If he were to advise other would-be agriculturalists, it would be to keep up with their education.  “I read all the time,” says Josh.  He reads magazines (in particular the Farm Journal), news articles, and goes to soil and agronomy classes during the winter.  “It’s all I’ve ever done, and I enjoy it,” says Josh. “I have some freedom and I get to be outside all the time, I wouldn’t have it any other way.”

Whether they spend their days on a tractor seat or on horseback, this Labor Day the Wyoming Beef Council says thank you to all of America’s hard working farm and ranch laborers (especially those who find themselves covered in cow muck from time to time.)